Phrigs? Where did they come from? 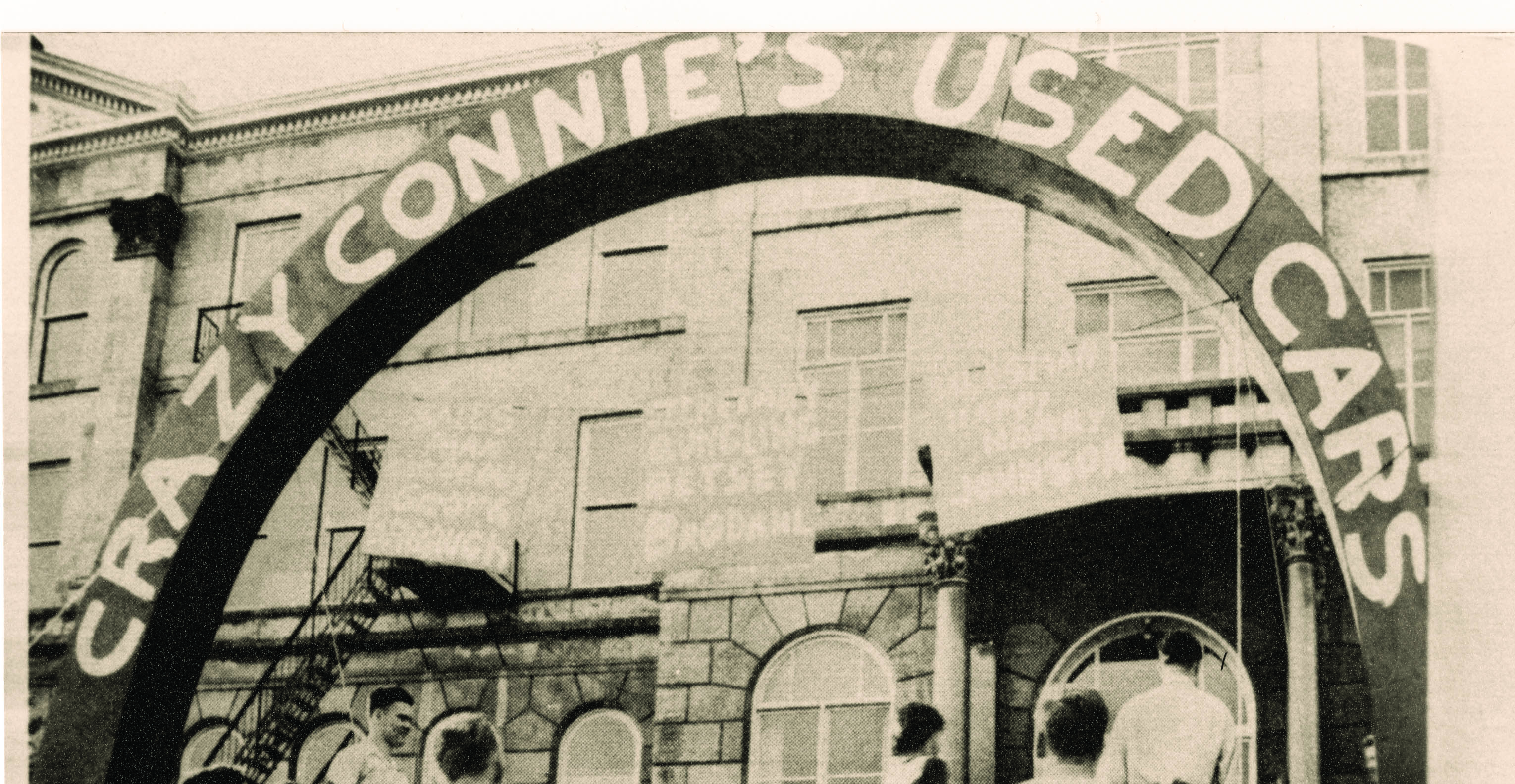 Most of us have heard the word “phrig” (or “frig”) during our days as Augustana students. Some may remember it as describing student pranks like when Old Main’s dome was infamously converted to a teapot for a day. Others, especially recent alumni, used the word phrig for spray-painted bed sheets, most commonly seen during pledging or Homecoming Week.

This summer in an alumni Facebook group, Augustana College–Around 1989, Anne Humphrey ’93 wondered where the word phrig originated and how the tradition began. This brought a flurry of responses. Other alumni said they too would like to know. To resolve this burning mystery, I dug into Augustana Observer archives and reached out to the Augustana community and as far away as Oklahoma.

Stefanie Bluemle ‘02, research and instruction librarian at Augustana, wrote an article in 2010 on the teapot dome prank in which she credited the use of the word phrig as most likely originating from a slang expression for quickly fixing or adjusting a thing to work in a particular way.

The earliest mention in the Augustana Observer of a phrig in the context of a prank is Nov. 13, 1942: “The ‘phrigging’ of the Augustana victory bell last night seems to indicate that some of the more realistic pranksters from Ambrose foresaw the doom of their football team at the hands of the Vikings. The first men returning from the Ambrose debacle were dismayed to find the bell rope knotted and out of commission. But Don Peterson, versatile athlete from Rockford, clambered up the tower and rang out by hand the 20 tolls of the bell to announce the victory score of Augustana.”

The Observer reported on Feb. 22, 1945, that “Leonard Lindstone found half his bed on the fourth floor roof of Andreen after a vicious phrig.” On April 11, 1946, the newspaper stated that Trudy Lundblad’s room was “...so thoroughly phrigged Saturday night. No light, no towels, no clothes, no nothing except cracker crumbs in bed.” Also in 1946, an unconfirmed report alleged someone tried to phrig the chapel by loosening the screws of the seats in the middle section so they would collapse when the seniors sat down on Senior Recognition Day.

Other rumored phrigs included an alarm clock in chapel and the removal of chairs from certain professors’ classrooms on Monday mornings.

Crazy Connie’s Used Car Lot appeared on the morning of Oct. 25, 1950. Seven cars with “for sale” signs were parked on the lawn in front of Old Main. Most administrators, including President Conrad Bergendoff ’15, were not amused. It was pretty much the same reaction when a Model T was found parked in the basement of Old Main, locked and reportedly packed with hymnals.

But it was the 1955 teapot dome phrig that received extensive media attention; even Chicago newspapers picked it up. Roald Fryxell ’56, son of experienced mountain-climber and iconic professor Dr. Fritiof Fryxell ’22, was the mastermind behind this prank. Experienced in climbing, Roald carefully fashioned a system of ropes, and then he and fraternity friends scaled Old Main to attach the spout and handle.

Pranking continued to remain the definition of a phrig until sometime during the late ’60s to late ’70s when the word changed to describe bed sheets painted by students with invitations to formal, as decorations for senior houses, with calls to action for social causes, to promote candidates in student elections, and more. The Bell Tower proved to be a perfect place to hang phrigs.

Older alumni may be surprised that today’s students still use the word phrig for spray-painted bed sheets. Student groups on campus are encouraged to make and display a phrig during Homecoming’s Yell competition, and Greek groups make and exchange them as gifts during pledging. Laura Keene ’06 Hohm still has the personalized phrig made for her by a sorority pledge during her senior year; it’s hanging in her laundry room.

While researching the origin of a phrig, I discovered that the University of Central Oklahoma (UCO) uses the word on its campus in the same context that we do—as painted bed sheets. Audrey Stine, author of The Odyssey article “Homecoming at Central,” wrote: “There is so much more to Homecoming than meets the eye. It isn’t just floats, there are brag boards—giant plywood signs detailing an organization’s history and achievements on campus, phrigs—which are basically plain topsheets that have been painted with designs and sayings such as ‘Phi Lamb loves UCO Football’ or other things like that.”

But wait...there’s an Augie connection to the use of phrig at the University of Central Oklahoma. Augustana’s Courtney James ’08 was responsible for bringing the word to their campus! (See Alumna takes ‘phrig’ to Oklahama.)

Despite my efforts, I was unable to conclude exactly where the word phrig originated, but I’m in good company. President Emeritus Dr. Thomas Tredway ’57 describes the origin of the word as nothing less than “obscure” in his book Coming of Age: A History of Augustana College, 1935-1975.

My best guess is that bed sheets were used in a prank in the mid ’60s to ’70s, and that’s how the word phrig transitioned. Of course, there’s no way to know for sure if “phrig” started at Augie, but there’s a good chance it did—and that it will continue for many more years to come.